Trevor was born in the 17th century to a traditional magical family. He was born a visionair, but he did not like his life inside that world. He found his powers weak and desired more. He wanted to be powerful, to have something that would make everyone respect him, to have a way to always get whatever he wanted. When he was 15, he started to build a plan. His magical training was already at full speed, and he had learned about contractors. The idea of trading his "miserable" powers for better ones sounded very attractive to the young Hantur. However, he saw a better opportunity. His uncle, a powerful shaman, introduced him to his family's greatest treasure: an ancient artifact that was in the possession of the Hanturs for generations. Trevor took a few months to locate and contact someone who was interested in the contract he offered. In one smart move, Trevor stole the artifact while he was "on guard" and used it as the payment for major pyrokinesis. In addition to that, he also gave his powers in order to be ageless: He would be forever 16 and would never die of age or sickness. Now, the only way he could die was to be slain in battle, something he considered impossible. And indeed, Trevor escaped and killed most of his family, and grew more powerful as time passed and he discovered more and more ways to use his powers.

Trevor looks like a 16 years old and will look like this until the moment he is killed. He is average height and slightly muscled. He has a beautiful face, green eyes and blonde hair.

Trevor usually keeps an exterior of an innocent, unprotected boy, but he is cunning, smart and devious. With his centuries of experience, he is a formidable strategist. When disposing his "little boy" acting, Trevor is dry and sarcastic.

Most of his clothes were adapted to be fire-resistant, so he doesnt go nude every time he uses his powers. 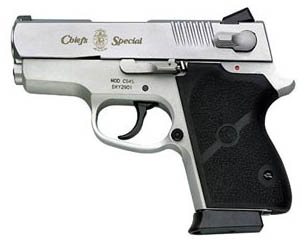 He also has two S&W .45 Semi-auto Chief's Special pistols, when he doesn't want to use his powers. </div>

Retrieved from "https://paranormalinvestigationroleplay.fandom.com/wiki/Trevor_Hantur?oldid=6501"
Community content is available under CC-BY-SA unless otherwise noted.