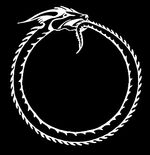 It was 1961. 43,000,000 were wiped by famine, which also led to deaths caused by natural disasters and harsh, ruthless cannibalism. The Three Years of Natural Disasters have just ended, and as the victim's souls started to gather underground, my soul was created, and implemented in a famous scientist, Grace Morden's womb. Her husband, Jason, a reknown author, fathered my human body. 9 months later, I was born, and named Ophelia. Around the age of 15, after an entirely normal childhood, not knowing what I really was, I started to gain odd powers. I started to see auras around people, as well as an hourglass, showing me how long they would live. Whenever I was alone, wings would sprout from my back, but once I was with someone else, they would fade. A year after I started getting weird powers, as I walked home back from school, I saw some a gang of hooded men setting our house on fire and running away. Our house, made of mostly wood, caught on fire, which spread very quickly. At the moment of need, suddenly, I flew through the house's top window, to find my parents badly burned and injured, on the verge of death. I burst out crying, praying for them to survive, and a few minutes later, they were running around, perfectly fine, the firefighters already putting out the fire. Fortunately, most of our belongings were fine, but now my parents thought I was a complete creature. They put me in a foster home, and I never saw them since. After four years of suffering, I ran away, and lived in the woods. I used my existing

knowledge, which was carried down to me by my mother, about edible plants, since I didn't wish to hunt down any animals. While looking for food, a group of hooded persons approached me. Instantly, I got defensive, reminded of the men which caused my banishment. They then unhooded and spread wings, and introduced themselves as Saviours, others like me, working for the Paranormal Investigation Bureau. They told me what I was born out of, and that they found out because they started an investigation and found out about me. They asked me to join, and I did. I have become a trusted member of the PIB, found my true love, Keith Clark, a contractor, and fought by them for about 20 years. My husband was assassinated by a member of the Hand of the Papacy, who a while later brutally slaughtered me as well. I lurked the Underworld for a while, never finding my husband, until a Mystic from the PIB approached me while I was meditating. He offered me life, a new body, in exchange for patronship over my soul. I agreed, and he clipped my wings, and made them into an artifact. He also took my angelic seal, and used it to create three new seals which I would need for the next life: Praecordia, Seal of Spirits; Contego, Seal of Protection; and Bonem et Malum, the double-sided seal of Good and Evil. A month later, he came with the body he had crafted, along with all of the artifacts ready, along with a spirit staff called Divus, and I came to life, and rose to grounds. I have been biding my time, training in use of my new powers, and now, I have come back to join my cause. I have broken the deal of my former link, and now I have become immortal, and united with an old friend, Alaster, who I now court with.

Ophelia is passionate, ruthless, and courageous. She is a bit mysterious and odd. She may be cold and haughty at times, but deep down, she is a good person. She is very wise and knowledgable.

My wings' artifact. Allows me to keep my Saviour powers, and enhances them. 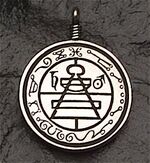 Praecordia, my seal of Spirits. Can be used to counsel and advise with spirits. 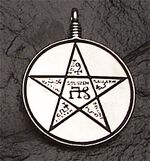 Contego, my seal of Protection. Can create a shielding force-field around me.

Bonem et Malum, my double-sided seal of Good and Evil. Can be used to tell good from evil. Can also be used to summon good and evil energies. 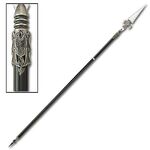 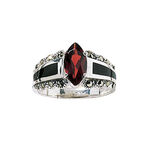 Aevum, my ring of eternity, which grants me immortality for three hundred souls' time.

Retrieved from "https://paranormalinvestigationroleplay.fandom.com/wiki/Ophelia_Morden?oldid=5769"
Community content is available under CC-BY-SA unless otherwise noted.