I'm Angelique. I was born into a great family. My grandfather was a Saviour, he died when I was in my mother's womb. Thus, I became a Saviour, too. My childhood was happy, I played a lot with my siblings, mainly Sebastian. Until I turned 7. I was walking on the Fifth Avenue, looking at a Gucci window store. The last thing I remember, was a yellow cab and a crash. A taxi had hit me. I was rushed into nearby hospital, but before the doctors came, most wounds had already closed, and the bleeding had stopped. I guess that's when I first became aware of my powers. I was always a fast learner, I skipped most of the elementary years, much to everyone's astonishment. When I became 16, I went to Columbia University and studied hard to be a doctor. I also dated a guy named Edward. I know, I should've known better. He's not a guy your parents would approve of. He was a bad guy, a leader of a gang of all things. We rode big motorbikes and got drunk on the street. You may ask, why someone like me would want to date someone like him. I guess it's the thrill, and adrenaline rush. Not to mention that other thing. Little did I know he was not just a bad guy. He was a lycan. He never transformed in front of me, so I didn't know. Then, I heard the devastating news. My parents were mysteriously killed. When I met Edward, I saw him with his gang, and he was wearing my father's necklace. I knew who killed my parents. I rushed to attack him, but he's a lot stronger than me. He almost killed me, almost. Then, suddenly, my brother Sebastian came to save me. I know he was always the weakest in the family, but suddenly he had this great strength! I don't know where it came from but The Lycans fled in terror. And then, I followed him to join PIB. 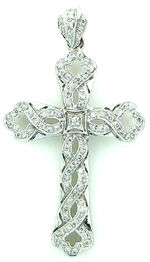 She has ability to heal wounds and sickness rapidly. She's also able to fly and hide their wings from the naked eye. She has superhuman strength and can sense a person's life energy.

Retrieved from "https://paranormalinvestigationroleplay.fandom.com/wiki/Angelique_Valentino_Hayes?oldid=6262"
Community content is available under CC-BY-SA unless otherwise noted.